The reason why women need more sleep is that it has been scientifically proven that they have more complex brains than men. The director of the Sleep Research Centre at Loughborough University, Professor Jim Horne, has a specific explanation on the importance of sleep.

Jim Horne explains the following: “For women, poor sleep is strongly associated with high levels of psychological distress and greater feelings of hostility, depression, and anger,” and “These feelings were not associated with the same degree of sleep disruption in men.”

He also wrote the book named “Sleepfaring: A Journey Through The Science of Sleep.” 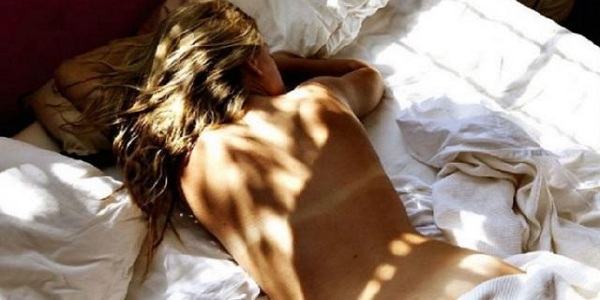 Sleeping has one major function and that is to allow the brain to recover and repair itself. For instance, while we sleep, the part of the brain that is responsible for thought memory, language and other things, called the cortex, disengages from the senses and goes into recovery mode.

Your brain needs more sleep if you use it more throughout the day because it needs to recover itself. The reason why women use more their brains than men is that they tend to multi-task, they do a lot of things at once and are very flexible. As a result of that, they need to sleep more than men.

It should also be mentioned that those men who have a complex job that involves lateral thinking and decision-making, need more sleep than the average male, but probably still not as much as women.

Women’s brains are wired differently from men’s, more complex, and this is why they require more time to rest. The average is 20 minutes, however, some women need more and others less than this.

As you all know, people need to sleep at least 8 hours and even 7 hours suffice sometimes. However, according to professor Horne women definitely need more time to rest.

The reason why women’s brain is more complex is that they are used to do multi-tasking which is why they expose their brains to more strenuous activities. As a result of that, women’s brain needs more time to recover and the best time to do that is by sleeping for more than eight hours.

What happens to Tired Men?

As we previously mentioned, professor Horne claims that women need more sleep even from men who do jobs that involve decision-making and lateral thinking.

How to improve your sleep quality

Due to the fact that we are all different, we will recommend several tips that may suit all of us to have a good night’s rest.

Avoid Stimulating Foods — prior to going to bed, make sure to avoid foods that act as stimulants. For instance, avoid drinking beverages that contain caffeine such as coffee or green tea, then cacao because it contains theobromine and sugar. These stimulants affect your good night’s sleep and often lead to insomnia.

Meditation — the reason why many women all over the world have difficulty sleeping is that their brain works non-stop. In order to get the brain in a state of relaxation, we recommend you to try meditation.

Melatonin — according to many experts, melatonin helps us sleep better. You should take 1-3 mg of melatonin before bedtime.

Routine sleep — in order for your brain to recognize the need to slow down and relax, you need to set a sleep routine. As a result of that routine, you will be able to sleep much better during the night.

Yoga — people dealing with insomnia should definitely do yoga because yoga postures prepare the body for a good rest. Try these 6 Relaxing Yoga Poses to Help You Sleep.

10 Things Strong Women Don’t Give a Damn About
You Should be Cleansing Your Sexual Aura On a Regular Basis. Here Are 4 Ways To Do It
To Top